“We are so appreciative of this system. It carried us comfortably through the recent grid outages.” – Kathy & Richard Smith

Kathy and Richard Smith were ready when the grid went down at their home in Shelbyville, Tennessee in February 2021. In advance of the icy weather, they stocked up on food and firewood, and they adjusted the settings on their new 15kW solar + Tesla Powerwall system. It was going to be the first time they experienced a prolonged grid outage with solar + storage as backup. LightWave had just commissioned their system in January. 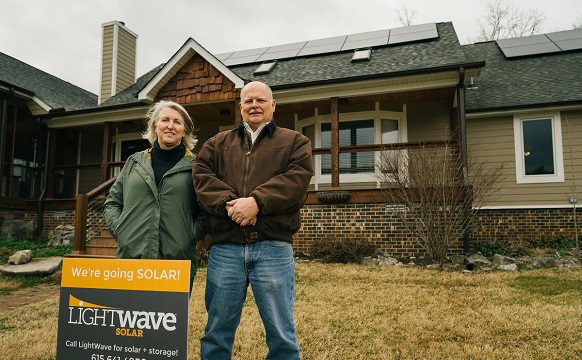 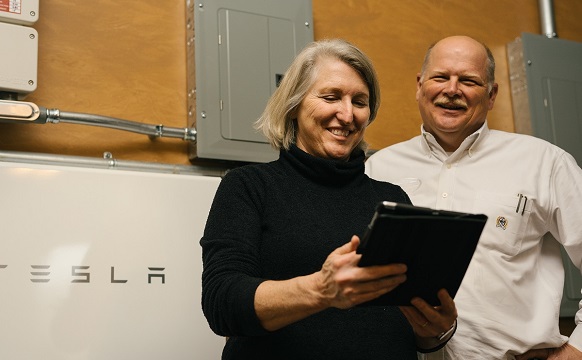 A few days before the ice hit, Richard put the system in Backup Only mode which reserves 100% of the Powerwall energy to use during a grid outage. In addition, Tesla’s Storm Watch mode was enabled which allows communication with the National Weather Service to detect events likely to disrupt the grid; if a severe storm is predicted, the batteries automatically fill up from the grid. Either way, the Smiths were covered when the grid went down on February 15. On February 16 grid power was still down at their home, along with 3,000 other homes in the area.

“We are so appreciative of this system,” Kathy said. “Nearly 24 hours later, our battery level is still at 93%,” she reported. “We’ve been running our refrigerator and freezer, lights, wood stove fan, ceiling fans, internet, and even a little TV last night,” she said.

The solar + storage system carried them comfortably through the outage for 50 hours, as shown on the Tesla app in their Backup History.

As soon as the utility restored the Smiths’ grid power, the system went back into Storm Watch mode, pulling electricity from the grid to charge up the batteries to 100% in case of a subsequent outage, which happened and lasted a couple of hours. 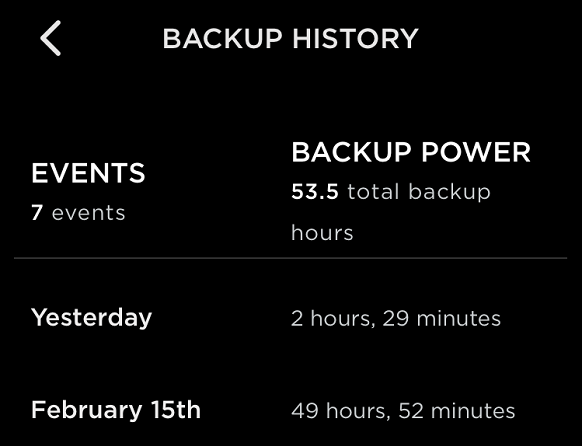 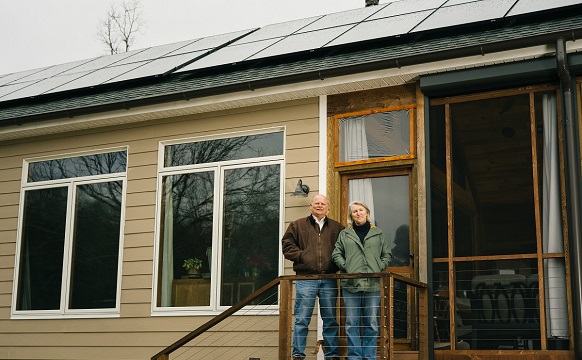 While the Smiths enjoyed the backup power to keep things going, the main reason they added solar to their home is to reduce their impact on the environment. Kathy’s grandfather worked as coal miner and had black lung. She saw east Tennessee mountaintops ruined.

“My grandparents made a living with coal, but thankfully, we don’t have to rely on it anymore,” Kathy says. “The idea of going solar became even more important for us when we had grandchildren. They put a different spin on the future, and we wanted to reduce our footprint,” she added.

On normal days, they use solar energy first, storing excess solar energy to use later when needed, and drawing grid power as a backup. During grid outages, they monitor their electricity use closely to ensure their batteries maintain a sufficient charge. The Tesla app makes it easy. Even on normal days, the Smiths enjoy checking the app to see what’s going on with the system. Their energy habits have changed as a result.

“Before having this system, I would remind Richard to turn off lights, Kathy says. “Now that he can see exactly how much energy we’re using and where it comes from, he’s much more mindful about it,” she says.

Despite the dreary winter weather, the Smiths have been pleased with their solar production. In summer 2021, LightWave will install another solar power system at their business, Select Trailers in Shelbyville. 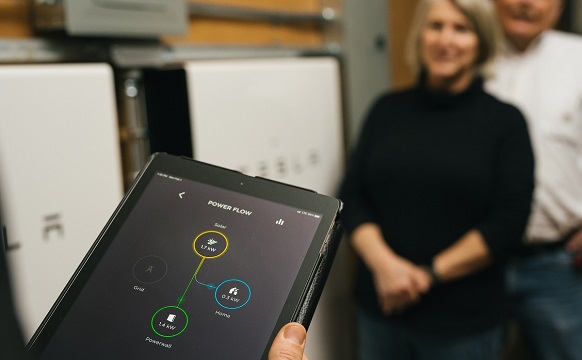